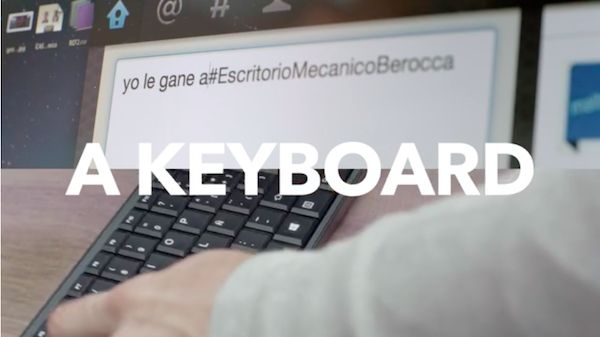 Berocca Livens Up Workplace Stress by Tweeting on a Mechanical Bull

According to the ad, five out of every 10 Argentinean citizens suffer from stress and the workplace is one of the greatest benefactors to stress. As a solution to this, JWT has placed an office desk in an open space in an outdoor mall, however, there is a slight twist -- the office desk moves.

Similar to a mechanical bull at rodeos, the desk was a challenge to see if voluntary passersby and pedestrians would be willing to stay on the desk for as long as possible (or for as long the mechanical desk bull would let them), while allowing them a time of 24 seconds to tweet. The result is a wide range of hilarious tweets that are not necessarily understandable and a hilarious scene of people falling off. In the end, staff members give the participants a glass of Berocca.
1.9
Score
Popularity
Activity
Freshness
Get Better and Faster