100 Business Trends in November
Next
Set of
Related
Ideas 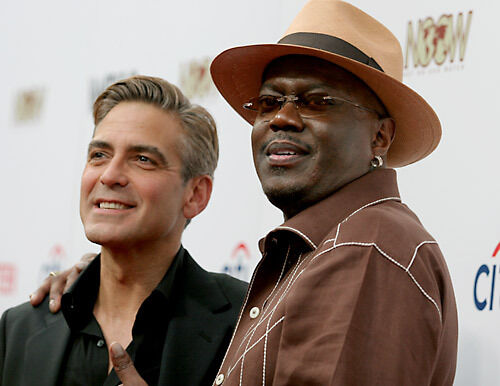 Brad Pitt said, "I lament the loss of a ferociously funny and hardcore family man. My thoughts are with Rhonda and their family. Bernie Mac, you are already missed."

Bernie Mac died at 50 due to lung complications, and judging by the words of the immense amount of people paying tribute to the comedian, most people were not expecting this at all.

"The world just got a little less funny. He will be dearly missed," George Clooney said.

Chris Rock said, "Bernie Mac was one of the best and funniest comedians to ever live but that was the second best thing he did. Bernie was one of the greatest friends a person could have."

The tributes continued, pouring in from many celebrities.

"This is a very sad day for many of us who knew and loved Bernie," said Don Cheadle. "He brought so much joy to so many. He will be missed but heaven just got funnier."

A memorial will be held next Saturday, a week after his death, and plenty of celebrities are expected to gather.

"I worked with him on 'Charlie's Angels' and he was someone I respected," Luke Wilson said. "He was such an amazing person, someone who came to work and was just so friendly to the cast and crew. It's a great tragedy."

Cedric the Entertainer issued an statement, part of which said, "It's hard to put into words just how I feel and what a painful loss this is. Bernie was a brother, a friend and one of the comic masters of our time."

Other celebrities who have already made tributes include Zoe Saldana, Neicy Nash, Samuel L. Jackson and D.L. Hughley.

Although it won't be quite as fashionable as the funeral for fashion icon Yves Saint Laurent earlier this year, the attendees are sure to include plenty of celebrities which, sadly, will likely make it a paparazzi-rich event.
1.7
Score
Popularity
Activity
Freshness
Get the 2021 Trend Report FREE