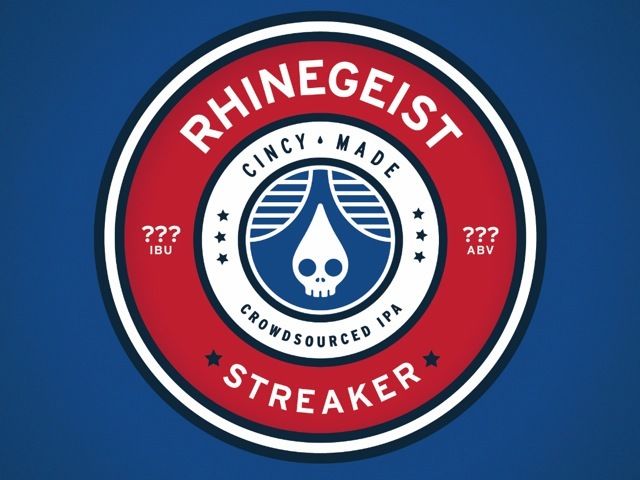 Laura McQuarrie — June 11, 2015 — Marketing
References: rhinegeist & wcpo
Share on Facebook Share on Twitter Share on LinkedIn Share on Pinterest
With beer names like Truth, Panther, Cougar, Dad, Pure Fury and Zen, Rhinegeist Brewing proves itself to be one company that's not afraid to embrace boldly branded beer names. Rhinegeist itself is named after the "Ghost of the Rhine," a reference to the revived Over-the-Rhine brewery where it makes its products in Cincinnati.

Although there seems to be no lack of creativity coming out of this brewery when it comes to naming, the brand decided to crowdsource the name and composition of its newest IPA "flavor bomb." As decided by votes, the entirely crowdsourced 'Streaker' IPA is an American pale ale that will be made with cara red and rye specialty malts, as well as citra and mosaic hops.

Now that the name and ingredients have been decided, the brewery will get down to work on development for a limited release this summer.