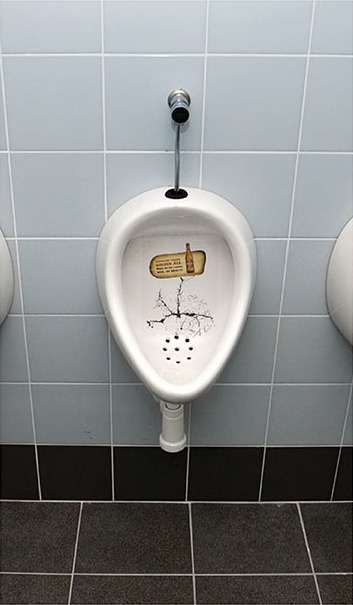 The guerrilla campaign sticks ads on the urinal in a way that makes it look like your urine stream cracked it. The ad comes with the caption, â€œWhen we say strong beer, we mean it.â€

I think the creatives did a great job with this campaign. Drinking beer is synonymous with taking a leak, so using the urinals in such a way as to impress vain men with the â€œstrength & qualityâ€ of their peeing skills is a stroke of genius especially when the selling point of this beer is its strength.