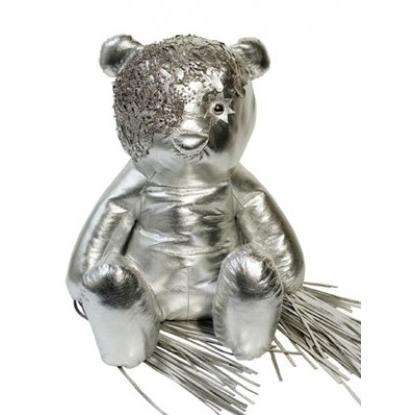 Katherine Vong — November 9, 2011 — Social Good
References: bbc & racked
Pudsey the Bear, a cute little bear with a bandage over one eye, is a mascot for the BBC Children in Need charity, which holds a telethon every November to raise money for sick children. This year, the foundation has asked several British fashion designers to create their own version of Pudsey Bear (which is traditionally yellow with a nulticolored polk-dot bandage).

The fashionable new teddies have been redesigned in a slew of different materials including leather and suede, with patterns ranging from tartan to floral, describes BBC. The designers participating include Giles Deacon (metallic bear), Erdem (yellow patchwork bear), Mulberry (brown leather bear) and Liberty of London (the bear holding a little 'Liberty' tote). Donators can bid on the one-of-a-kind designer bears in the BBC Children in Need online auction, with the money going toward disadvantaged children in the UK.
2.4
Score
Popularity
Activity
Freshness