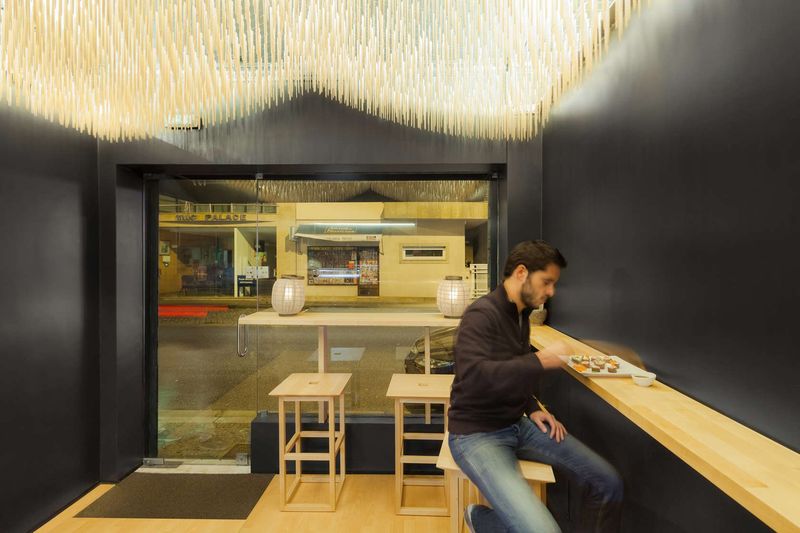 The choice of chopsticks as the central decor feature for Basho Sushi House is a self-evident one. Nonetheless, designer Paulo Merlini managed to present those chopsticks in a unique way. Though the shop is quite small, measuring at just 25 square meters, the entirety of the ceiling is covered by the suspended utensils. In total, the Basho Sushi House installation is composed of more than 8,400 chopsticks.

According to Merlini, the general shape of the chopsticks is like a "structured cloud" with a pinned central section that alludes to "the profile of a Japanese temple."
3.1
Score
Popularity
Activity
Freshness
Attend Future Festival