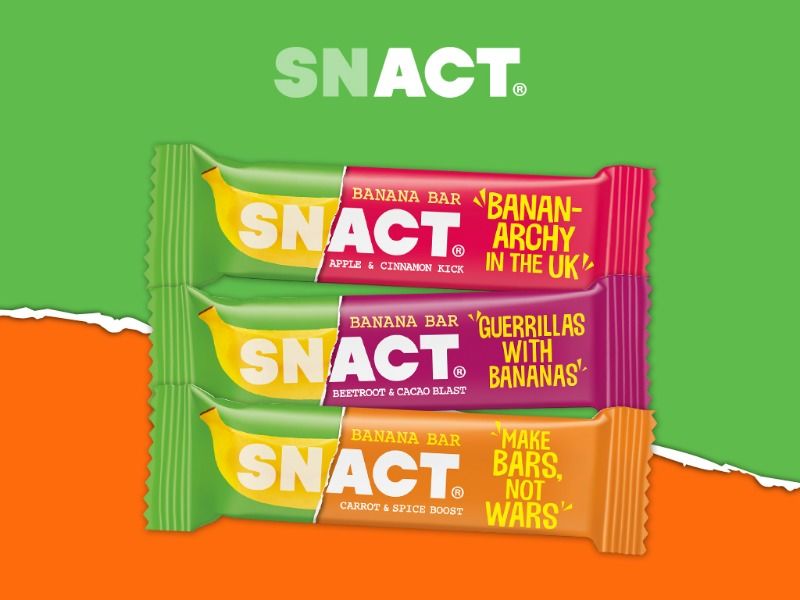 Laura McQuarrie — August 9, 2017 — Eco
References: crowdfunder & newfoodmagazine
In order to reduce some of the waste that is created in the world, Snact plans to take a mindful approach to the launch of its newest Banana Bars. Alongside making its snack bars from "ugly and unwanted bananas" that might otherwise end up in the trash, Snact is launched a crowdfunding campaign to build interest in compostable packaging that promises to "decompose completely, becoming fertiliser to the soil just like a banana peel would."

Snact's Banana Bars are set to come in flavors like Carrot & Spice Boost, Beetroot & Cacao Blast, as well as Apple & Cinnamon Kick, all of which boast wrappers that convey passionate messages about working towards a better world through a #DeliciousProtest.

Previously, Snact released a line of fruit jerky and with the help of Crowdfunder, it reports that it has been able to repurpose more than 150 tonnes of fruit.
4.5
Score
Popularity
Activity
Freshness