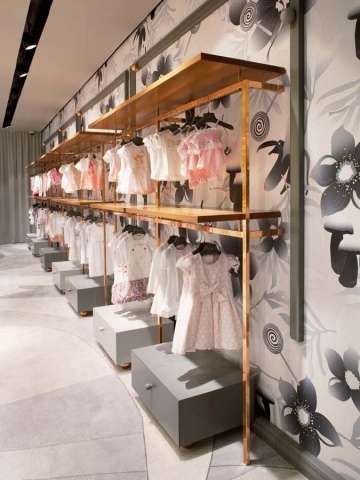 The Bambini by Denis Kosutic Store Appeals to Children's Imagination

Located in Vienna, Bambini is a mecca for luxury fashion for children. The retail space boasts features inspired by fairytale fantasy with surreal accents. Nostalgic florals are a prominent theme that appear in the carpets, wallpaper, drapery and furnishings. In addition, the decor stands out with its "surreal objects such as a plaster frieze of supersized mushrooms, lollipops and pears and fruit-shaped mirrors along the walls," says Frame Magazine of the store.

Indeed this retail space captures the attention of its younger clients, making it a magical place for them to play dress-up. The Bambini by Denis Kosutic boasts a distinctive design that is sure to also delight adults seeking a nostalgic return to their childhood.
6.5
Score
Popularity
Activity
Freshness
Jeremy Gutsche Keynote Speaker