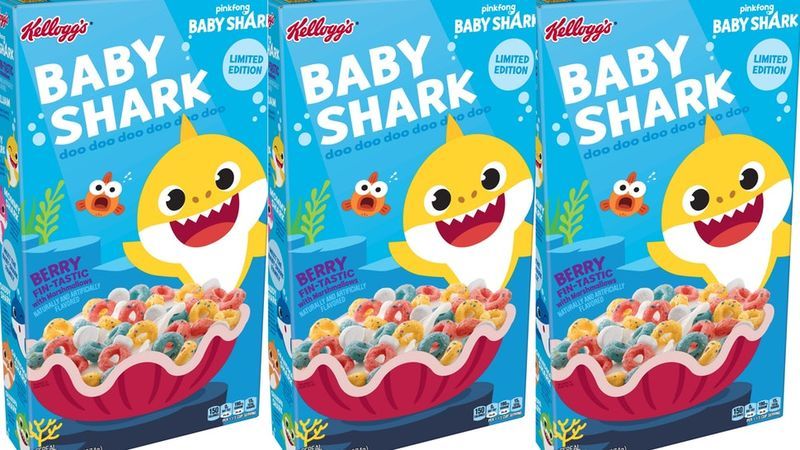 The new cereal is 'Berry Fin-tastic' flavored, with red, yellow, and blue cereal rounds, and marshmallows mixed in. The box features blue packaging, a cartoon shark, a small fish, and a sea shell holding the cereal in place of a bowl. "We know Baby Shark is a catchy tune that has captured the hearts of many families," said Erin Storm, Kellogg's marketing, in a press release. "New Kellogg's Baby Shark cereal was created to expand on the joy families feel in a tasty way."

This novelty cereal is perfect for families and adults to enjoy while watching the shark-themed marathon.
3.3
Score
Popularity
Activity
Freshness
Get Trend Hunter Dashboard