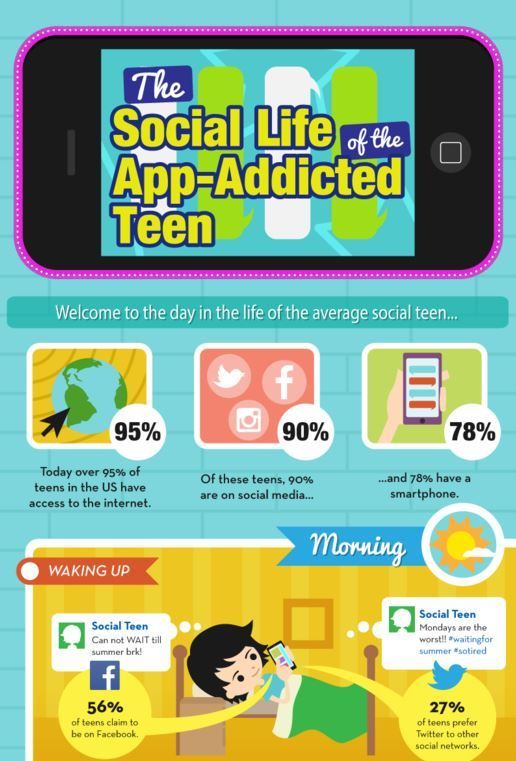 This Inforgraphic Outlines the Average Daily Web Activity Among Teens

Rebecca Byers — June 24, 2015 — Life-Stages
References: teensafe & expandedramblings
Share on Facebook Share on Twitter Share on LinkedIn Share on Pinterest
This highly detailed infographic details the average daily web activity of the app-addicted teenager. Arguably the first generation of true digital natives, the current crop of teenagers is defined by their overwhelming reliance on smartphones and specifically, accessing the Internet through that platform.

Using American data, the intriguing infographic states that more than 95% of US teenagers have access to the Internet, 90% of which are active on social networks and 78% of which own a smartphone. Beginning from when they wake in the morning, the chart outlines the average daily usages while getting ready for school, driving to school, during classes, after school, during the evenings and before bed.

Relying on social media networks such as Tumblr, Twitter, Kik, Facebook and Whatsapp, there are truly endless ways for today's youth to make use of their boundless connectivity.
2.9
Score
Popularity
Activity
Freshness
Attend Future Festival