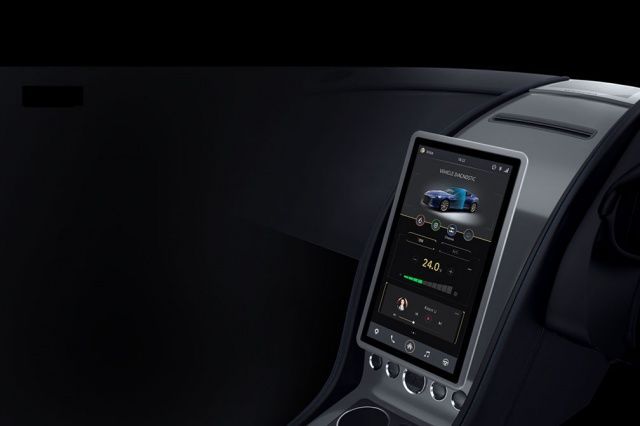 The 'Autolink Rapide S' Was Released at CES 2016

Katherine Pendrill — January 8, 2016 — Autos
References: astonmartin & digitaltrends
Share on Facebook Share on Twitter Share on LinkedIn Share on Pinterest
Aston Martin recently teamed up with the Chinese entertainment company 'Letv' to produce the 'Autolink Rapide S' console. In recent years, car companies have given the traditional dashboard a high-tech upgrade. However, the new touchscreen display from Aston Martin takes the concept of in-car entertainment to the next level.

The Autolink Rapide S is a touchscreen display that is equipped with Letv's Internet of the Vehicle system. The new system features a 13.3 inch HD display that is similar to that of a tablet. The car's instrument panel has also been replaced by a 12.2 inch screen, which features digital gauges and other instrumentation. Additionally, the vehicle boasts other Letv technology, such as remote vehicle monitoring, improved speech recognition capabilities and support from LeCloud.