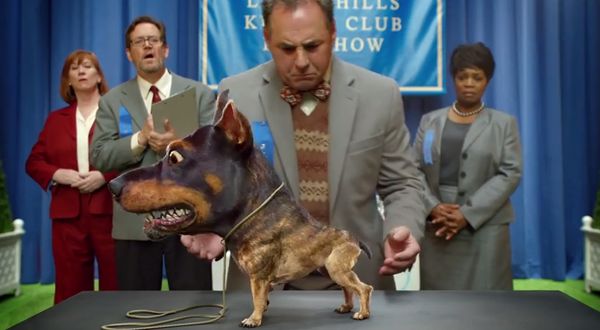 Laura McQuarrie — February 2, 2014 — Autos
References: audiusa & adweek
The full 2014 Audi Super Bowl ad has been released just ahead of the game this evening, finally showing how its teasers featuring a dog show, a frightening hybrid Doberhuahua and a heartfelt message from Sarah McLachlan all come together.

The message is a simple one: don’t compromise. The Audi commercial starts off with a couple at a pet shop, split between which dog they want to take home. To solve this dilemma, the salesman suggests a mix — the Doberhuahua, which is a dog that has the small body of a Chihuahua and the comically large head of a Doberman.

The hybrid dog is nothing but trouble and near the end of the ad, Audi reveals that its A3 was designed without compromise — it’s neither a crossover or a hybrid car.
3.6
Score
Popularity
Activity
Freshness