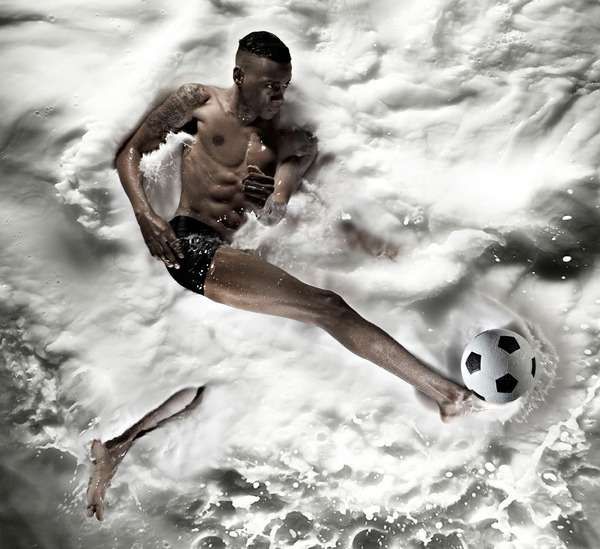 This Atton Conrad Series is Kinetic and Well Produced

In each frame, the photography focuses on an athlete performing some action amidst a barrage of splashing liquid. For instance, a soccer player kicks a ball in one picture while in another, three boxers set up and execute various punches through a torrent of frothing liquid.

Conrad, originally from Belfast, moved to London to pursue his career in the world of professional advertising and fashion photography as a young man. He spent eight years assisting the city's top photographers in order to perfect his craft. As seen in the superb production and lighting of the series featured here, he has achieved that goal.

Since becoming a professional photographer, Conrad has shot for such magazines as 125, Issue One and Flux.
3.5
Score
Popularity
Activity
Freshness
Attend Future Festival

Swimming Over Skylines
Underwater Billboard Lets You Float Above NYC