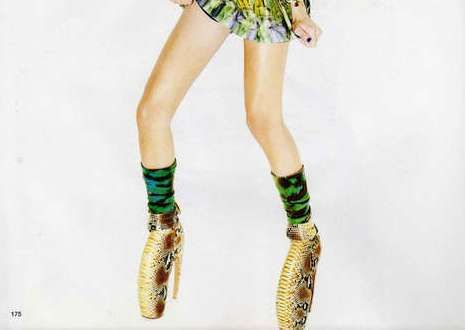 Alexander McQueen Shoes in 'Attach the Prophets' in Vogue Nippon

Photographed by Matt Irwin, model Bregje Heinen is decked in electric shades and layers of gold necklaces by Peace Treaty for ‘Attack the Prophets’ in Vogue Nippon. The editorial is featured in the February 2010 issue of the Japanese magazine.