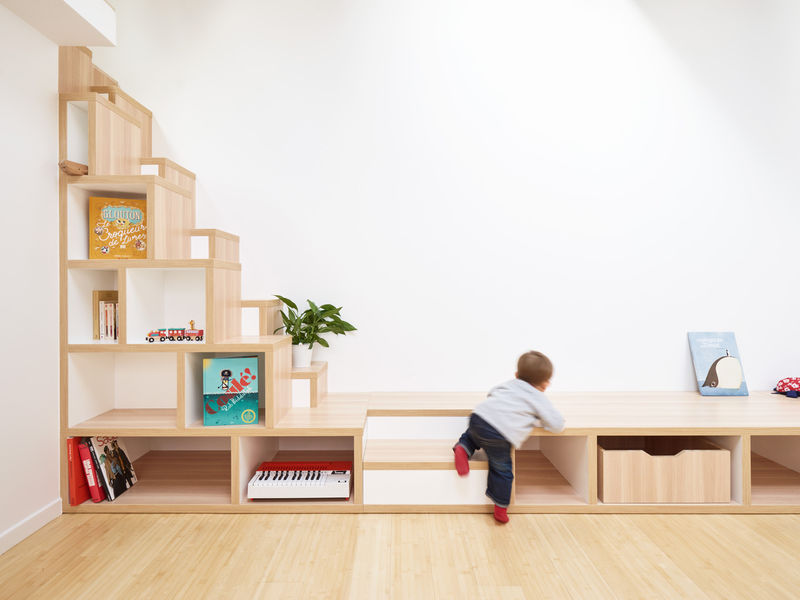 'Atelier_142' was the Former Home of a Successful Painter

Joey Haar — March 9, 2018 — Art & Design
References: archdaily
Share on Facebook Share on Twitter Share on LinkedIn Share on Pinterest
Atelier_142, a home in the heart of Paris, previously served as the studio for painter Pierre Lemaire, and the newly refurbished residence pays homage to its former status appropriately. The small apartment's design maintains the openness of an artists' studio, concentrating the two rooms in the space in an upper corner and leaving the rest bright and airy.

According to the architect, Atelier Wilda, the client wanted spaces in the apartment that had partitions for privacy. That said, both the client and the architect were insistent on keeping the studio's charm intact. The resulting design puts two closed off rooms in a small lofted space near the far corner of the apartment, while the kitchen, living area, and play area are all open and connected.