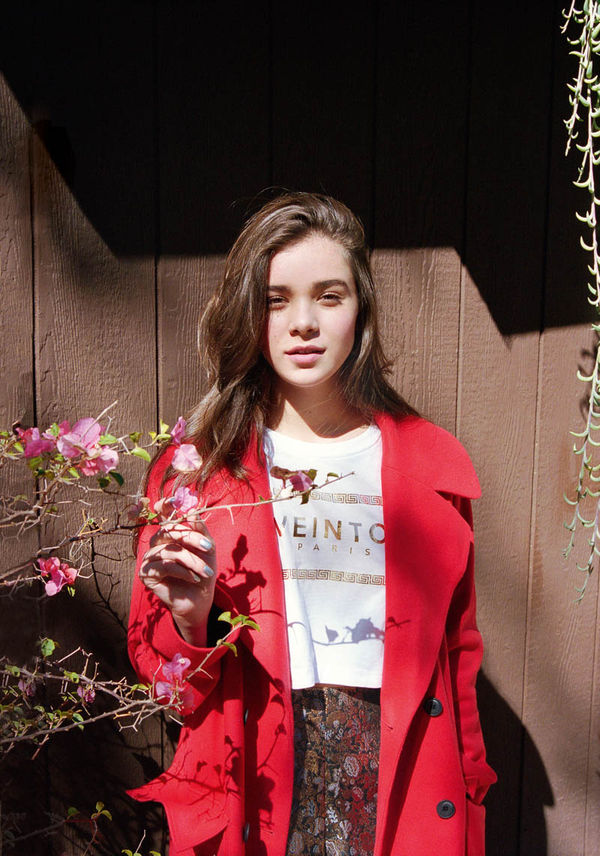 Meghan Young — September 27, 2013 — Fashion
References: asos & fashiongonerogue
Share on Facebook Share on Twitter Share on LinkedIn Share on Pinterest
The ASOS Magazine November 2013 editorial showcases a range of fall fashion that would be suitable for women of many ages. Although it is modelled on the 16 year old American actress Hailee Steinfeld, the looks are mature enough to suit a woman twice her age at the very least. More sophisticated than sexy, the outfits have a youthful edge that anyone would appreciate.

Shot by photographer Michael Hauptman, the ASOS Magazine November 2013 editorial showcases everything from black coat and t-shirts to skinny trousers and ankle boots. Perfect for the adventurous wanderer, it is a big departure from the brunette's latest role as Juliette in 'Romeo & Juliette.' She says about fashion, "It wasn’t until I started attending red carpet events and was flown out to Paris for my first show, and saw how much is put into it all, that I had this new appreciation for everything."
2.7
Score
Popularity
Activity
Freshness
Attend Future Festival