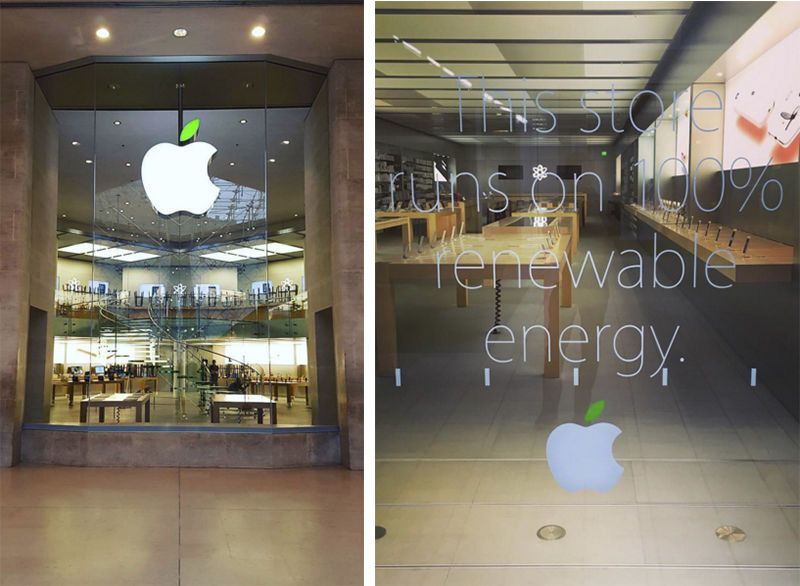 Rebecca Byers — April 15, 2016 — Eco
References: macrumors
Share on Facebook Share on Twitter Share on LinkedIn Share on Pinterest
The Apple Earth Day 2016 celebrations have seen the brand overhaul the look of its retail locations with green accents, new uniforms and signage advertising the fact that the stores run on 100% renewable energy. The brand has expressed that its goal is to have all of their retail locations running on renewable energy.

With Earth Day 2016 taking place on Friday, April 22, the temporary retail makeovers suggest the tech brand is hoping to improve on their image by communicating their commitment to the environment.