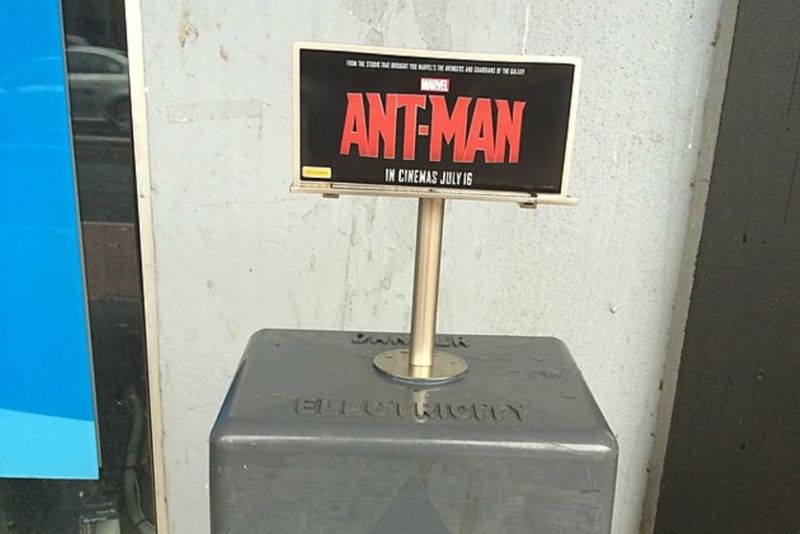 The Ant-Man Billboards Play on the Superhero's Ability to Shrink

Meghan Young — April 22, 2015 — Marketing
References: marvel & psfk
Share on Facebook Share on Twitter Share on LinkedIn Share on Pinterest
Paul Rudd's superhero movie continues to play on its ant-sized puns with a series of miniature Ant-Man billboards. Although they are tiny, they're still getting noticed. A great complement to the mini trailer and poster originally posted, the Ant-Man billboards can be found near bus stops and parks in Brisbane, Melbourne and Queensland for now.

Realistically crafted, people might be tempted to take one of the Ant-Man billboards as a keepsake, but they are securely attached to their surroundings. They even come with built-in LED lights so that people can enjoy them at night. After all, people will want to know when to expect the premier of the movie at the very least. The Ant-Man billboard reads: In cinemas July 16.
1.8
Score
Popularity
Activity
Freshness
Access Advisory Services