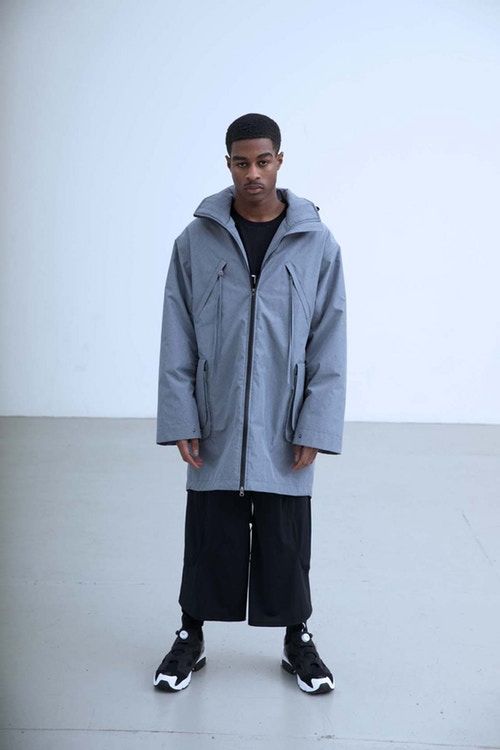 Charli Cohen Introduced the ANON Collection as Its FW18 Release

Amy Duong — March 15, 2018 — Fashion
References: shop.charli-cohen & hypebeast
Share on Facebook Share on Twitter Share on LinkedIn Share on Pinterest
Technical fashion label Charli Cohen turned to the concept of the dark web when crafting its latest Fall/Winter 2018 series entitled the 'ANON' collection. More specifically, the brand looked into the contradicting ideas that lay under what it calls the "mysterious underbelly of the Internet." The space that isn't monitored, leaving room for areas such as drug dealings and academic research to exist. This concept is translated into the unconventional fabric usage, textures, and pixel graphics throughout the capsule.

The ANON collection has a simplistic, yet intricate color palette for the FW18 season. It boasts mainly gray and earthy hues, while delivering a camouflage suitable for the virtual concept, as well as some metallic tones. Performance fabrics are also used throughout the collection, such as technical reconstructions of merino wool and denim. Some standout items from the ANON collection include the reworked bomber jacket, graphic printed t-shirts that read "404 NOT FOUND," and the militaristic utility coats. The first few items have reached Charli Cohen's website, and the remaining pieces will drop in August of this year.
5.7
Score
Popularity
Activity
Freshness
Jeremy Gutsche Keynote Speaker