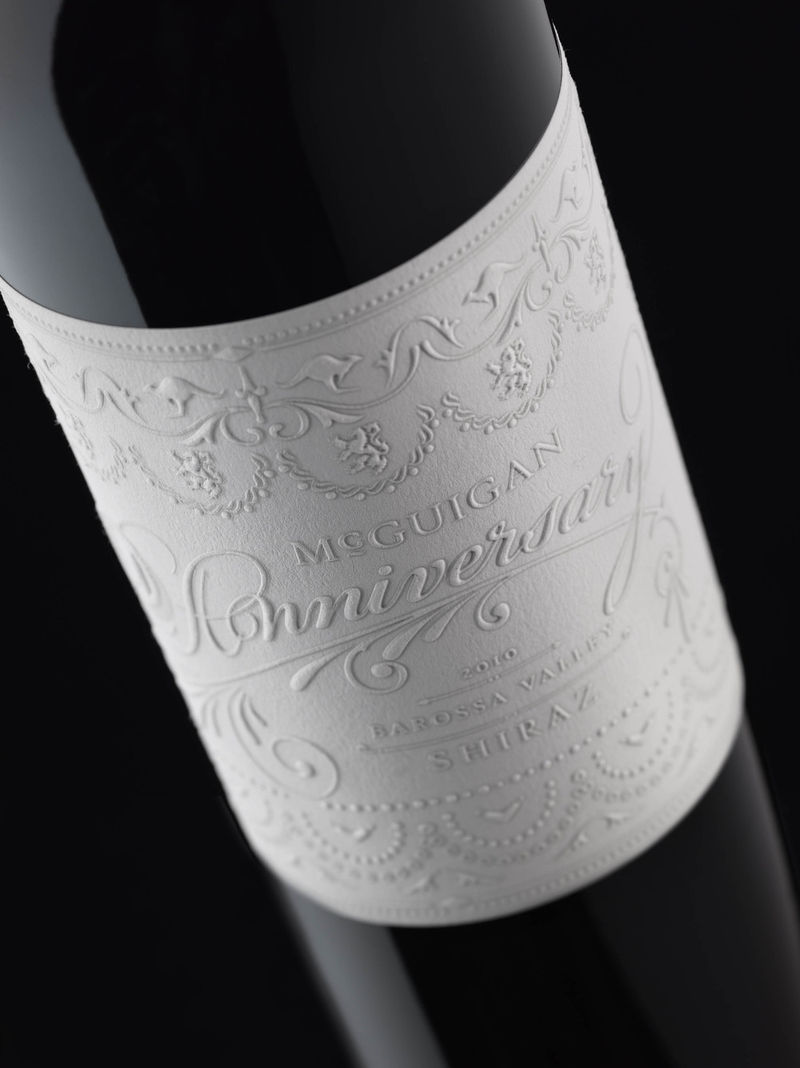 Laura McQuarrie — August 28, 2014 — Lifestyle
References: ww.mcguiganwines.au & thedieline
Share on Facebook Share on Twitter Share on LinkedIn Share on Pinterest
To celebrate McGuigan's 20th, a special edition anniversary wine bottle was created by Stranger & Stranger. Taking inspiration from a cake that's been frosted with white icing, the wine label was embossed to mimic the texture and decorative elements you'd find on a cake.

The label on the McGuigan wine bottle doesn't use a drop of ink, and relies entirely on its raised textures to communicate the brand name and wine type. On the side of McGuigan's 20th Anniversary Edition bottles, there's a spot for some ink, although this is where each special edition can be signed by hand. The Shiraz, packaging is simple, featuring a dark bottle, which really makes the cake-like frosting label stand out on its own.
4
Score
Popularity
Activity
Freshness
Access Advisory Services