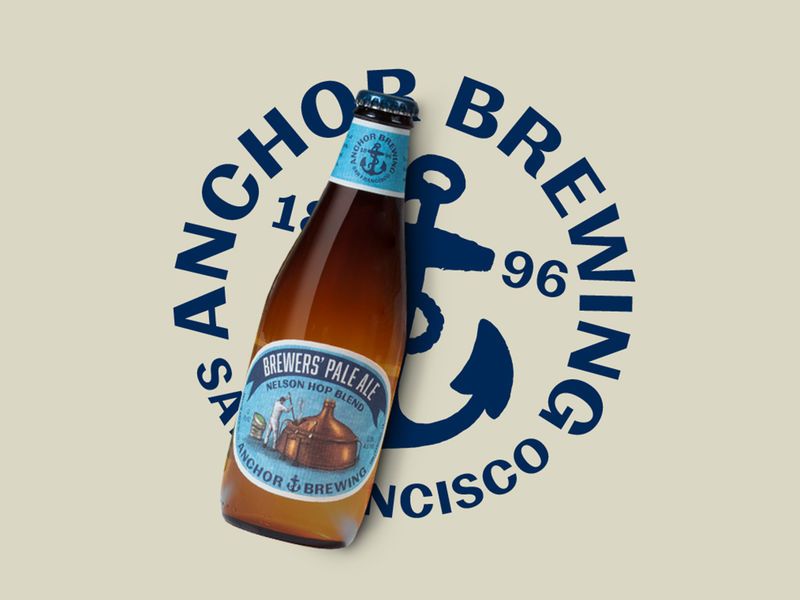 Bulldog Drummond — November 5, 2018 — Lifestyle
References: bulldogdrummond & anchorbrewing
Share on Facebook Share on Twitter Share on LinkedIn Share on Pinterest
It's no secret that craft beer has seen explosive growth over the last couple of years. The category has no shortage of energy and verve as new breweries and new beers duel for attention on shelves. Add to this the fact that consumer attention is short, with people often choosing to drink what's new and interesting rather than what they know, and the truth is that it's hard for any brand to keep up.

Despite being one of the oldest, most unique and charismatic breweries in the United States—and being largely responsible for kickstarting the craft beer movement—legacy brand, Anchor Brewing hadn't kept pace with changing times. Knowing it was time to reinvigorate what it was doing in a way that would build on its roots with a fresh spirit, it asked Bulldog Drummond to help breathe new life into its story.

Bulldog Drummond helped Anchor Brewing translate its San Francisco origins and unique history into a modern and relevant story that claimed its rightful place as part of the city’s heart and soul. The work pays homage to the brewery's "do it our own way" spirit, which is as alive today as when Fritz Maytag was at the helm making the beer he loved in the 60s and 70s—the same spirit that makes San Francisco the vibrant city it is today. The resulting idea, to “bring a little bit of San Francisco to a whole lot of beer," is a rallying cry and the spirited anthem Anchor needed to guide its future growth. Alongside this work came a plan to activate the brand as part of the fabric of the city, starting with its new brewing project—Public Taps.

With the brand work complete, Bulldog Drummond collaborated with the team at Anchor Brewing to chart a new portfolio strategy that simplified and amplified its legacy beers, like Anchor Steam, and identified a path for new and original brews. This work resulted in the Brewers’ Series, a rotating line of beers that showcase the best of what the brewers at Anchor are dreaming up.