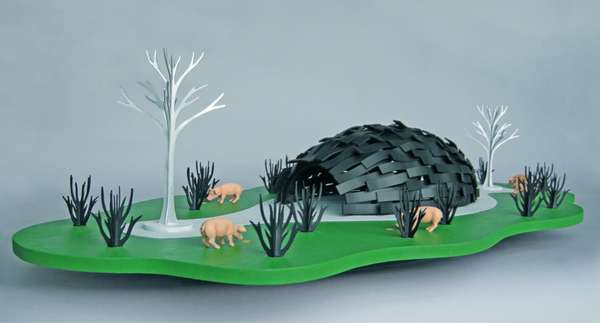 'An Inexplicable Quandary' Looks for Meaning from Its Viewers

While many art installations allow for the projection of a self-narrative regarding the proposed meaning of the piece, Jantzen has actually proclaimed that he had no intended direction when he constructed this diorama. Comprised of several pink pigs, a structure resembling an armadillo hide and a few sparsely placed tress, this piece is a blank storyboard urging those who see it to interpret it however they see fit.

Each swine is staring intently down a separate hole in the diorama's green base, seemingly looking toward prey as they hunt for their dinner. However, pigs do not hunt in this manner, making the reason for their search down below all the more puzzling.
2.3
Score
Popularity
Activity
Freshness
Jeremy Gutsche Keynote Speaker