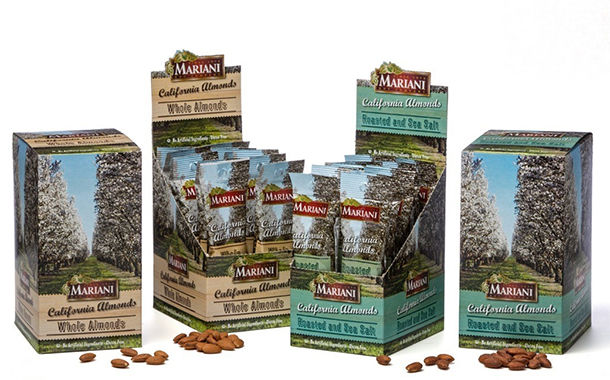 Michael Hemsworth — September 20, 2017 — Lifestyle
References: foodbev
The demand for natural, healthy snacks is increasing exponentially which is one of the driving factors behind the newly released Mariani Nut Company Snack Almond Packs. Coming in individual serving packs, the snacks come in two options including Whole Almonds and Whole Roasted with Sea Salt.

The almond snacks have been branded with imagery from the California farms where they're sourced to convey the natural origin of the product. Speaking on this aspect, the company said, "The attractive photography on the packages and the boxes are consistent with produce departments where Mariani nuts are typically found."

The Mariani Nut Company Snack Almond Packs are sourced in California yet are distributed around the world which means that the new snacks will likely be found in convenience stores worldwide soon.
2.7
Score
Popularity
Activity
Freshness