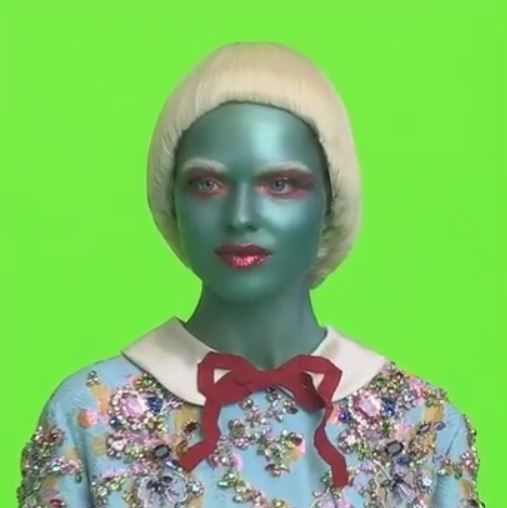 Gucci's Alien Instagram Campaign is for the Fall/Winter 2017 Line

In the videos, of which there are currently nine, the alien model stands in front of a green screen while a stage hand slates for the camera. A producer and the alien model then read corny, cliche dialogue with sci-fi inspiration (e.g., "We're heading straight into the uncharted zone! These readings aren't making any sense!"). Some of the various aliens, robots, and androids wear Gucci attire, while others wear no clothes whatsoever.
5.4
Score
Popularity
Activity
Freshness
View Innovation Webinars