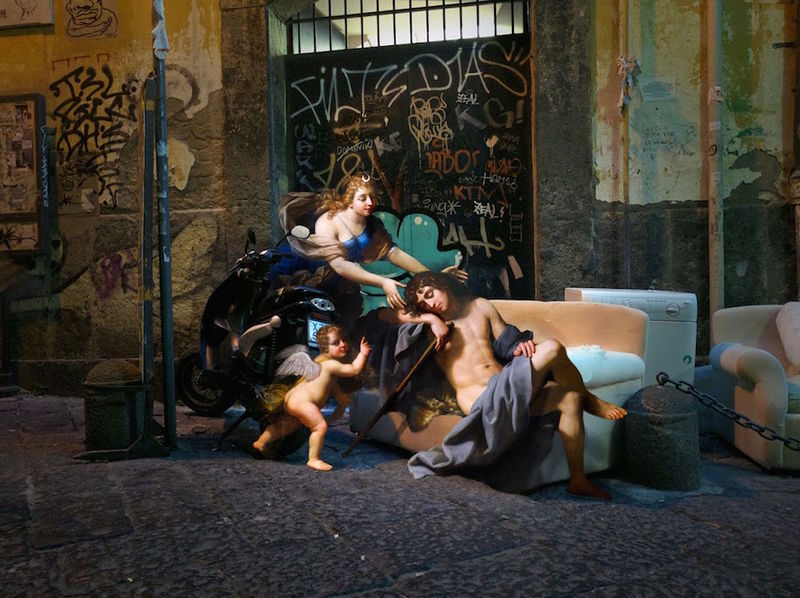 By combining elements of Renaissance art with contemporary urban scenes, he generates an obscure result that's wonderfully comical. For his most recent series, he places gods and other figures in scenes from Naples, Italy. All of the settings he uses have a certain grungy look to them, with damaged public transit, mechanic shops and graffiti-covered walls functioning as just a few of the backdrops.

One image that especially stands out within the new Alexey Kondakov art series shows a man in period clothing sitting alone in a restaurant. With plastic outdoor chairs, disposable tables cloths and gray graffiti-covered walls behind him, the scene makes use of stark differences that invites viewers to linger.
6.3
Score
Popularity
Activity
Freshness
View Innovation Webinars