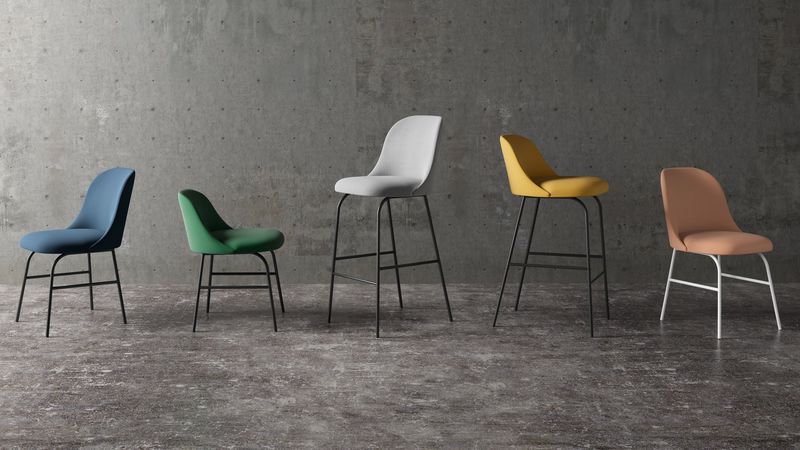 Joey Haar — March 29, 2017 — Art & Design
References: viccarbe & dezeen
Share on Facebook Share on Twitter Share on LinkedIn Share on Pinterest
As part of Milan Design Week, Spanish designer Jaime Hayon is unveiling his Aleta collection, which consists of both a chair and a stool. According to Hayon, the Aleta collection is inspired by and reminiscent of sharks, with a sharp, sleek design that captures the essence of the oceans' apex predators.

Fittingly, the chairs' and stools' back are designed to look like sharks' dorsal fins, with the seats meant to look like pectoral fins. Perched on thin metal legs, the chairs indeed look as though they're hovering — or, more aptly, swimming.

The Aleta collection will be released by Spanish brand Viccarbe. Each item will be available in either leather or fabric upholstery and in a variety of colors, including white, black, altea blue, and sand. They can also be purchased with bases made from several different types of wood.
3.1
Score
Popularity
Activity
Freshness
View Innovation Webinars