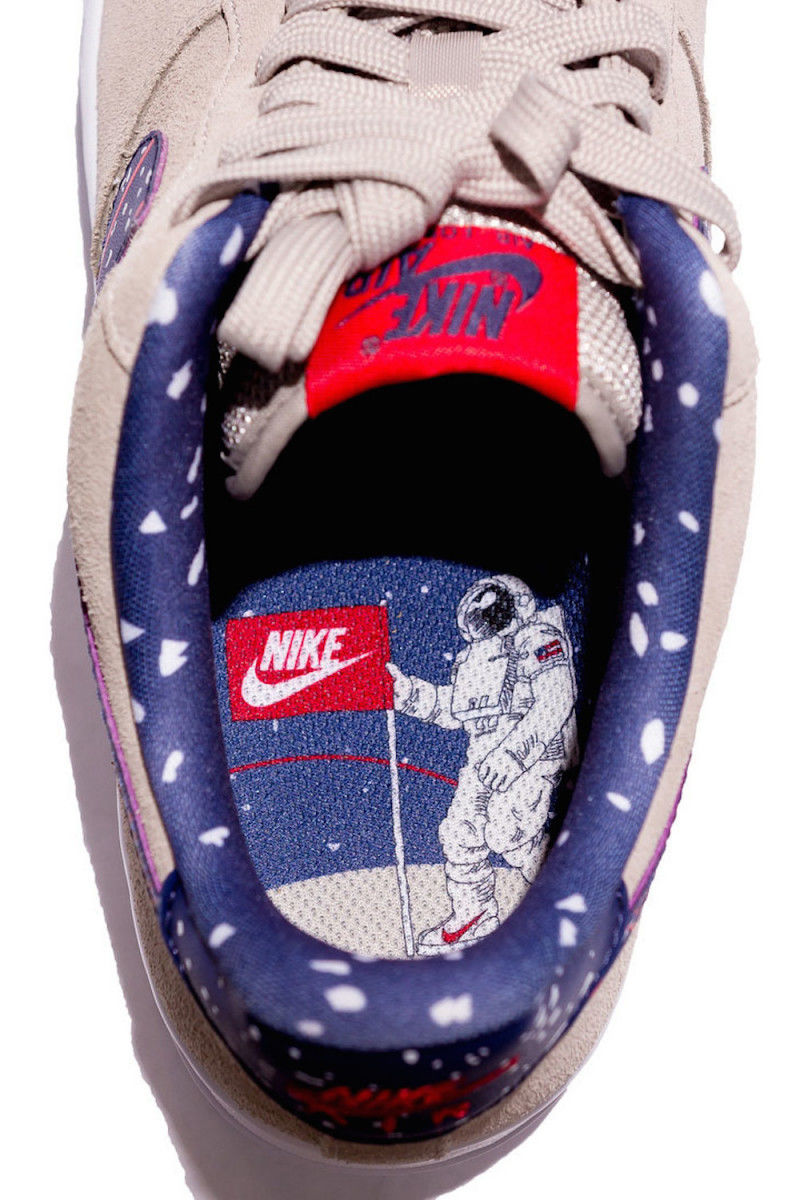 Amy Duong — April 26, 2018 — Fashion
References: nike & highsnobiety
Share on Facebook Share on Twitter Share on LinkedIn Share on Pinterest
Sportswear giant Nike adorns its beloved Air Force 1 Lows and Air Huarache silhouettes with a space-themed makeover. The motifs are seen decorating the Swoosh, and in the interiors of the sneakers. There has not been an official announcement of the collaboration between Nike and NASA, but next year marks the 50th anniversary of America landing on the moon.

The NASA theme is suggested due to the colors used on the shoe, seeing a blend of white, red, and blue -- which are the same hues as NASA's logo. On the interior lining, there is a space graphic design, with a astronaut standing on the moon holding a Nike flag.The two new sneaker iterations are constructed with premium suede materials, along with leather and mesh accenting details.
4.9
Score
Popularity
Activity
Freshness
Attend Future Festival