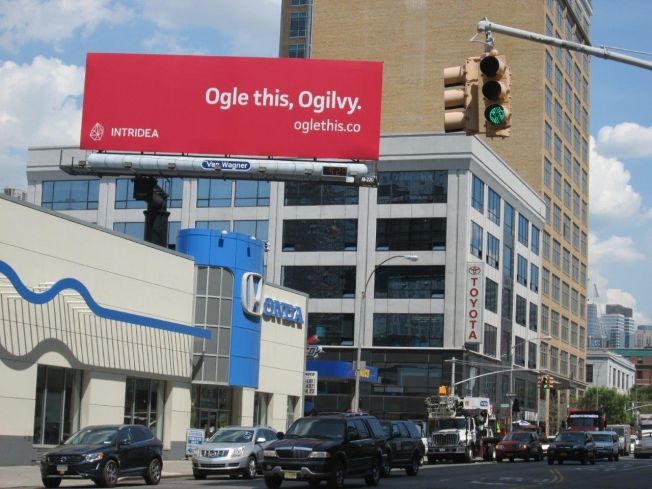 Laura McQuarrie — August 30, 2014 — Marketing
References: oglethis.co & adweek
Knowing that it wanted to begin a working relationship with Oglivy & Mather, Intridea had to do something big in order to catch the eyes of the ad agency—the solution was to put up a big advertising billboard that they couldn't ignore.

The big red billboard was placed right across from the ad agency's headquarters in New York, with bold text that read: "Ogle this, Oglivy." The billboard also featured a web link, which features funny gifs, emoticons and a no-nonsense message that simply stated: "Made you look. Now hire us." Although this was the first time ever the product design studio put money down for an outdoor advertisement, as a result of this bold move, Intridea will be meeting with representatives from Ogilvy & Mather early this September.