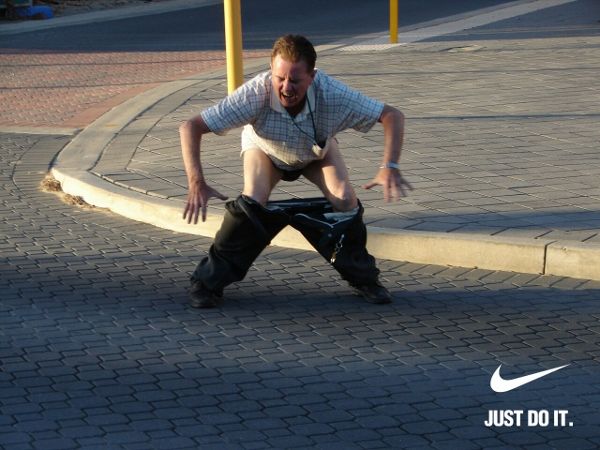 The 'Ads of the Wrong' Change the Message of Iconic Brands

By transposing the background images used on ads, while keeping the iconic brand names and slogans, 'Ads of the Wrong' manages to convey a re-interpreted version of events that are either more morbid, surprising or comical. In one ad, which is a take on Ray-Ban's "Never Hide" slogan, a man wearing a sleeveless jacket a bow tie, presumably at a party, is seen urinating into the pool with a slight glimmer of conviviality flashing from the side of his face.

In another, Manchester United and England star Wayne Rooney, pictured with red paint emblazoned across his arms and chest in the image of St George's Cross for an original Nike campaign, instead has the brand "Tampax" -- or the tampon company -- printed in the right-hand corner.
6.7
Score
Popularity
Activity
Freshness
View Innovation Webinars