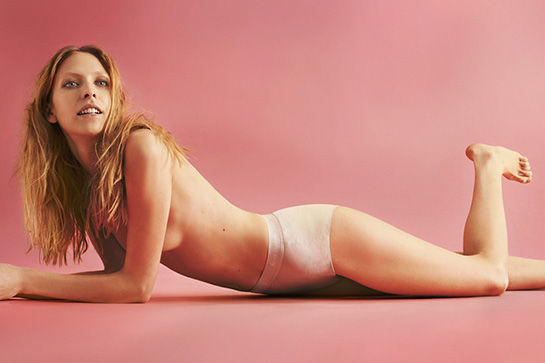 Acne's Underwear Collection Gets Back to the Basics

While most underwear brands design lacy, frilly and skimpy options, Acne goes in the opposite direction, opting for neutral, skin-colored underwear. Creative director Jonny Johansson explains that, "underwear should be beige or skin-colored, because I prefer no underwear." Unfortunately, as much as some of us would like to go commando all the time, underwear is a pretty necessary evil.

The collection is comprised of four men's styles, including two briefs (one of which is high-waisted). This underwear will definitely stick out amongst the Victoria Secret-style pairs you have in your underwear drawer!
4.4
Score
Popularity
Activity
Freshness
Get Better and Faster