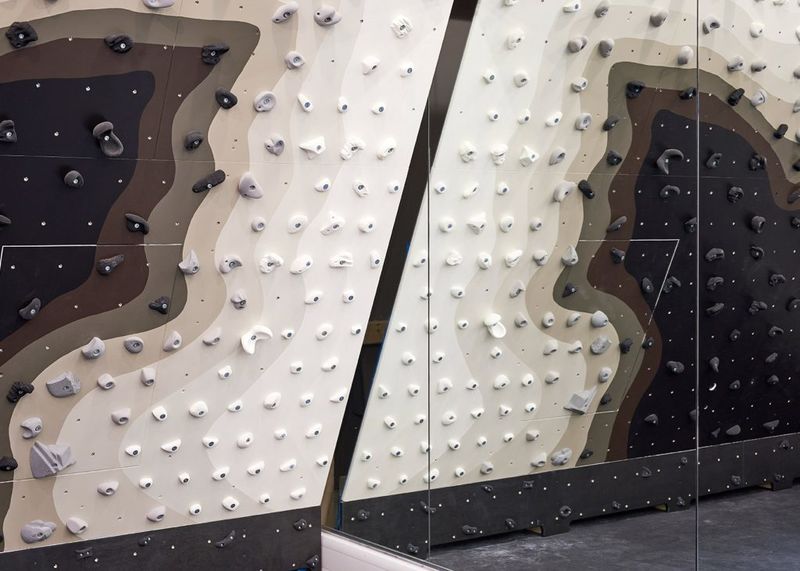 Joey Haar — September 20, 2016 — Lifestyle
References: patternity.org & dezeen
Share on Facebook Share on Twitter Share on LinkedIn Share on Pinterest
As part of the London Design Festival 2016, the Ace Hotel has installed a bouldering wall in its downstairs gym. Though that might not seem like something that should be included in a design festival, the Ace Hotel's wall, entitled Ascension, was created by Anna Murray and Grace Winteringham of Patternity and is covered with a captivating graphic.

The Ace Hotel's wall is covered in a gradient design that transitions from black to white from the bottom left to the top right of the wall. In bouldering, the sport for which Ascension was designed, climbers usually move from left to right and bottom to top -- thus, the wall's color-scheme reflects that movement.

Though Ascension was created for the London Design Festival, the Ace Hotel will keep the wall in its gym year-round.
5.2
Score
Popularity
Activity
Freshness
Attend Future Festival