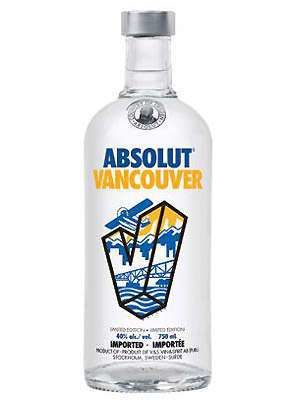 Bianca — February 6, 2010 — World
References: absolut & vancouverisawesome
Share on Facebook Share on Twitter Share on LinkedIn Share on Pinterest
What goes into designing a vodka bottle? Well, if you’re designing Absolut Vancouver Vodka, it’s incredible talent paired with great knowledge of the city. Throwing in a deep appreciation for the aesthetics of the host city for the 2010 Olympics helps too, of course, and clearly comes through in Douglas Fraser’s design.

The video shows artist work by Absolut Vancouver Finalist David Suggitt. Suggitt and Fraser belong to 3 others who entered an Absolut Vodka contest that asked: “If you had $120,000 to spend towards supporting Vancouver Art, what would you do?”

In addition to showing the final design of the Absolut Vancouver Vodka, the gallery above shows images of Douglas Fraser with his bottle and the different creative stages (including sketches of the Vancouver city skyline) he went through.
5.3
Score
Popularity
Activity
Freshness
View Innovation Webinars