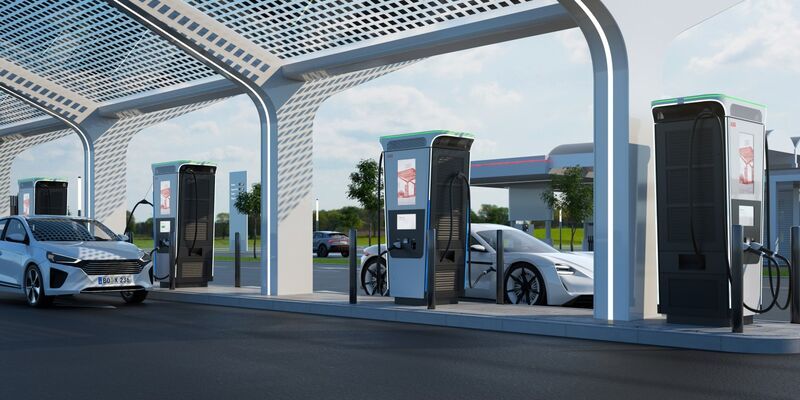 Michael Hemsworth — October 5, 2021 — Eco
References: new.abb & newatlas
Share on Facebook Share on Twitter Share on LinkedIn Share on Pinterest
One of the biggest hurdles for electric vehicle (EV) adoption remains charging speed, but the ABB 'Terra 360' EV charger is poised to help change this with a functionality that would drastically reduce the time needed to power up a car.

The charger is capable of providing a vehicle with an additional 62-miles of driving range in just three-minutes with the ability to fully charge it up in around 15-minutes. The unit looks like a traditional gas pump with a total of four ports and 16-foot cables that can be used to power up to four electric vehicles at once at a rate of 90 kW, while a single car could be charged at a rate of 360 kW.

The ABB 'Terra 360' EV charger was explained further by President of ABB’s E-mobility Division Frank Muehlon who said, "With governments around the world writing public policy that favors electric vehicles and charging networks to combat climate change, the demand for EV charging infrastructure, especially charging stations that are fast, convenient and easy to operate is higher than ever. The Terra 360, with charging options that fit a variety of needs, is the key to fulfilling that demand and accelerating e-mobility adoption globally.”