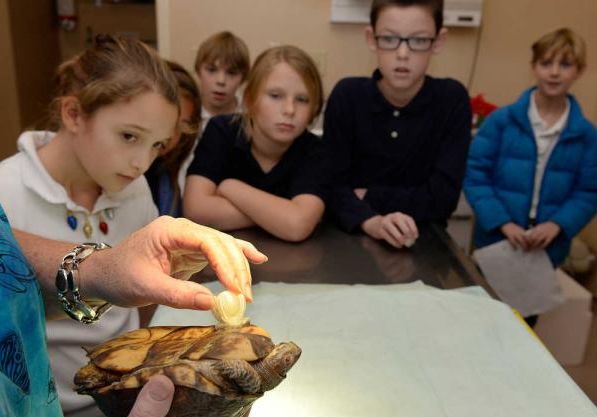 This 3D-Printed Prosthesis Was Implanted Onto Stumpy the Turtle

The turtle was brought to the Oatland Island Wildlife Center in Savannah, California with a badly injured and infected leg. Veterinarian Leslely Mailler quickly amputated the limb; however, she then reached out to May Howard Elementary School where her daughter studied and mentioned using a 3D printer in class.

Mailler then worked with the school's science teachers and fifth grade students, including her daughter, to design a 3D-printed prosthesis for Stumpy. The design was inspired by the rolling wheels on the bottom of classroom chairs. The design was printed using the 3DTin software program, before being attached using Gorilla glue.

The fifth graders are now hoping to refine the design and make the prosthesis a little smaller to make life easier for Stumpy.
0.9
Score
Popularity
Activity
Freshness