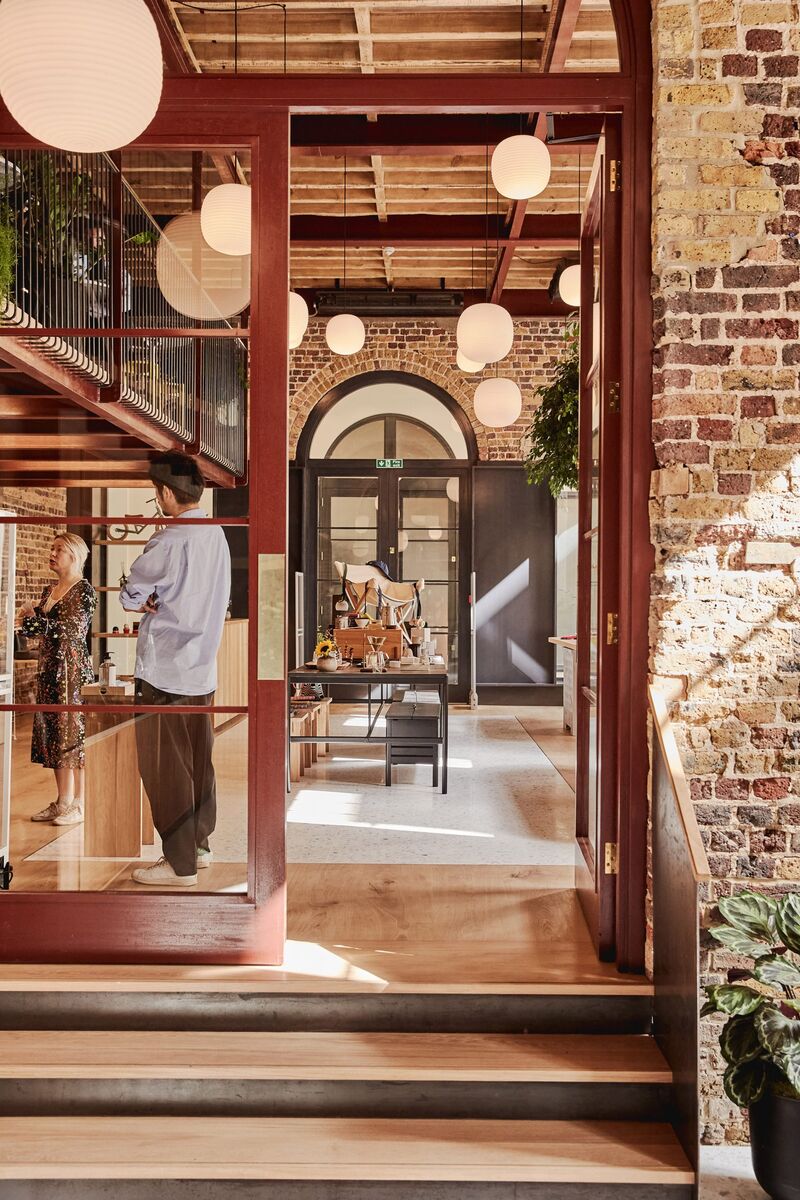 Kalina Nedelcheva — February 1, 2021 — Art & Design
References: farrells & dezeen
Share on Facebook Share on Twitter Share on LinkedIn Share on Pinterest
Thie 19th century building in London was overhauled by architecture firm Farrells who created a beautiful shopping and dining destination. Originally, the structure—which is known as the Pantechnicon—was built in 1830 as an arts and craft center. Aside from its magnitude, the building is bound to capture the attention of passers-by and those who venture in with two familiar yet distinct aesthetic sensibilities. Within the design, Farrells hoped to spotlight both Japanese and Nordic craft.

At one point in its existence, the Pantechnicon was utilized as a warehouse, but now the 19th century building is returning to its roots. Following the design overhaul—which includes a three-storey rear extension—the structure will bring communities together through "shops, cafes, bars, and restaurants that all, in some way, reflect Japanese and Nordic culture."