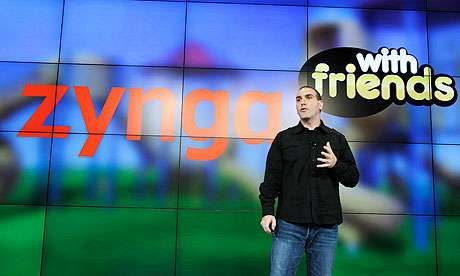 Zynga With Friends will allow users to chat with each other while playing, as well as organize "multiplayer gaming sessions" through the use of Social Stream, which is a service that operates like Twitter. Players can use the service to consistently update their status in regards to what they're playing and scoring. According to The Guardian, this initiative is the first to allow Zynga players playing across multiple platforms to connect with each other through a single social network.

Says Manuel Bronstein, Zynga's general manager, "“Some days you play on Facebook, others on smartphone, but we want to ensure that all your friends, your scores, your achievements follow you wherever you are. You are one player across the entire network.”
0.9
Score
Popularity
Activity
Freshness
View Innovation Webinars

Crowdsourced Ranches
The MyFarm Project is a Real-Life Farmville