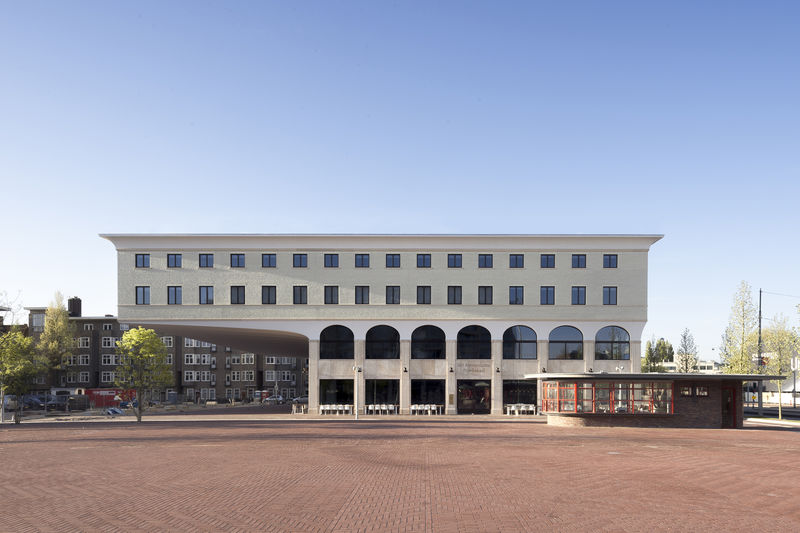 Joey Haar — June 22, 2018 — Art & Design
References: archdaily
According to Kolhoff & Pols, the architecture studio behind 'Zuidblock', the building represents a departure from its typical style. That should be viewed as a boon for those who enjoy dramatic, boundary-pushing architecture, though, as the building has a unique and impressive outdoor atrium with a canopy that seems to hover almost magically.

Kolhoff & Pols usually tend toward buildings that give off "an expression of weight and stability", as the studio purports. Zuidblock is just the opposite of that thanks to its extensive canopy. The cantilevered structure stretches 16 meters horizontally and supports two stories, making it an impressive feat of architecture and engineering that looks as aesthetically appealing as it is technically marvelous.

The overhanging canopy was built out of necessity, as Amsterdam city council forbade the architects from building over the public square that it covers.