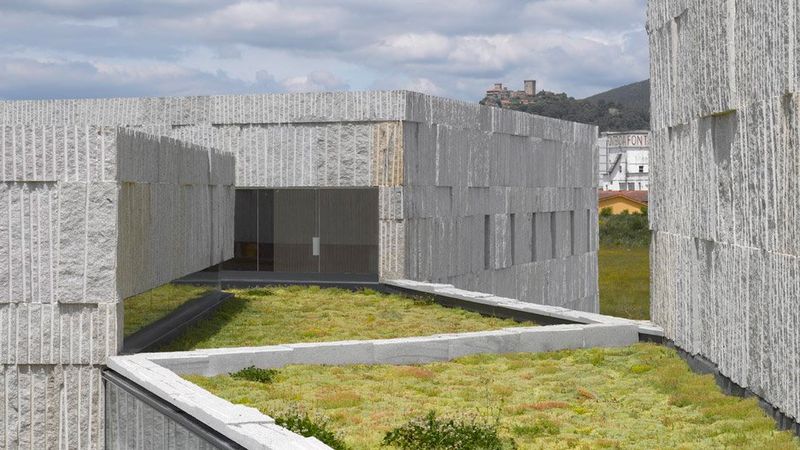 Joey Haar — May 1, 2017 — Art & Design
References: zooco.es & dezeen
Share on Facebook Share on Twitter Share on LinkedIn Share on Pinterest
Zooco Estudio, a Spanish architecture and design outfit, has recently erected a series of buildings for the arts center in Verin, a city in Galicia (the most northwestern region of Spain.) The center consists of ten separate volumes, each of which are distinct and yet stylistically interconnected thanks to the use of roughly hewn granite facades.

The granite used in Zooco Estudio's design comes from a nearby quarry in Pontevedra province, and the material is widely used around the city of Verin as a whole. Nonetheless, the arts center is unique thanks to the patterning on those slabs: they are unfinished on the surface, with differently angled chunks and slices taken out of them meant to elicit the sense of intense industry.
1.1
Score
Popularity
Activity
Freshness
Access Advisory Services