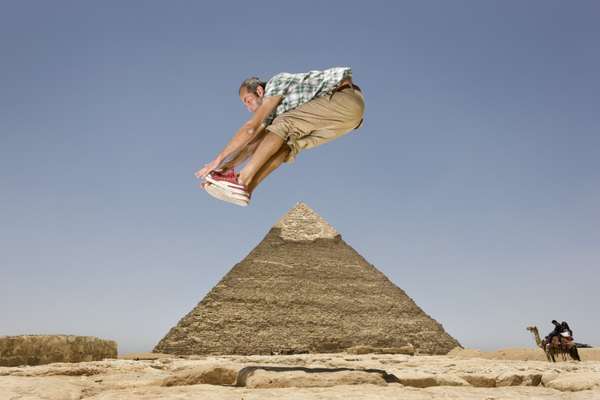 Zompi by Gabriele Galimberti is Shot in Over 50 Different Countries

Michael Hemsworth — March 26, 2013 — Tech
References: gabrielegalimberti
These days, it's easy to superimpose yourself into photographs from around the world to make it look like you've actually been there, but the photo series Zompi by Gabriele Galimberti features shots that the photographer traveled internationally to take.

Each one of the shots was painstakingly taken by the photographer in over 50 countries around the world using a timer. Setting up the shot just as he liked, Galimberti would then hop, skip, jump and head skyward to capture moments that seem all too darling to be true.

Some of the shots even feature optical illusions that make him look like a giant, which are naturally my favorite. One can imagine that taking the shots on a timer could prove quite difficult and it most certainly was; Galimberti did a staggering 98 takes in Iceland to capture just the shot he wanted.
1.2
Score
Popularity
Activity
Freshness