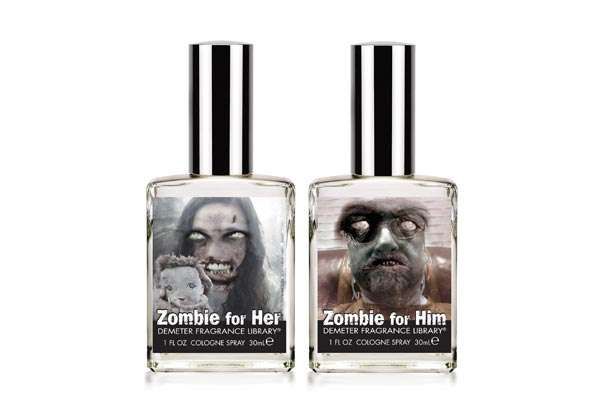 The Zombie Cologne Spray by Demeter is Made for Horror Enthusiasts

Meghan Young — March 8, 2013 — Fashion
References: demeterfragrance & refinery29
Share on Facebook Share on Twitter Share on LinkedIn Share on Pinterest
The undead franchise has is still alive and kicking by the looks of the Zombie Cologne Spray. Granted, until 'The Walking Dead' buries its last character, and he or she stays buried, similar products will continue to hit the market. In this case, it appears that there has been an unfulfilled desire to smell like the zombies people are so afraid of.

Perfume Soup Concoctions
Everything by Lernert & Sander is Made of 1,400 Separate Fragrances