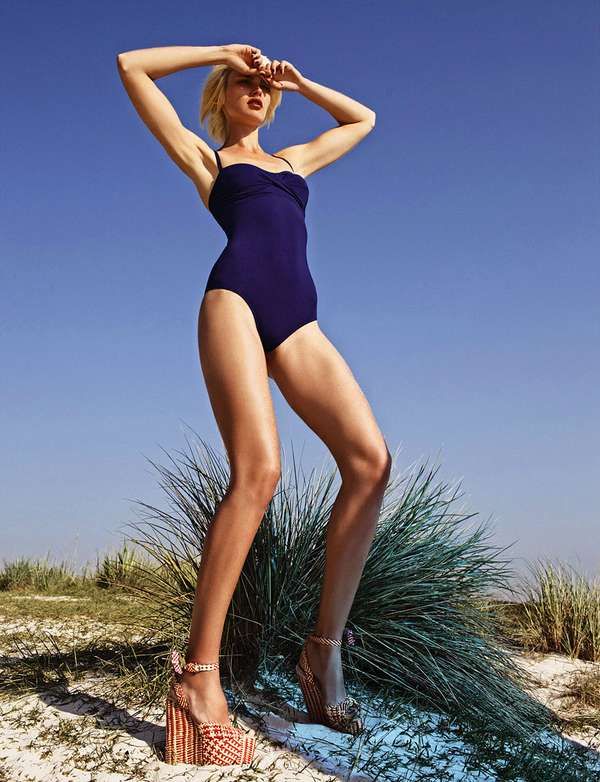 Zoltan Tombor is a Hungarian born, Milan-based photographer with a client list as impressive as this editorial. His previous clients include Vogue Italia, Glamour Italia, and the Guardian UK.

For this Zoltan Tombor Grazia Italia editorial, the photog teamed up with model Tiffany to create a sensual, beachside bikini shoot that is heavy on minimalism and summer swagger. Tiffany excels on the barren beach, alternating between outfits that skew retro (polka dot bikini paired with sexy high heels) and modern (bright blue two-piece), looking every bit the confident supermodel that she is.