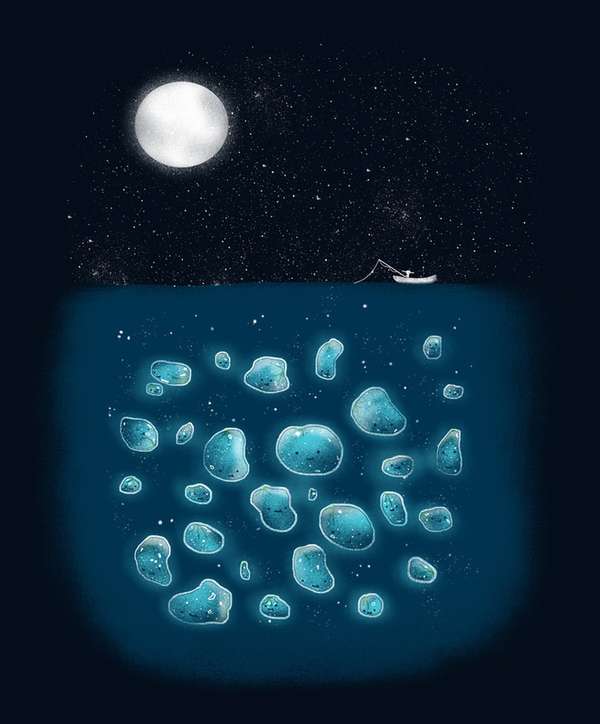 Jason Soy — February 11, 2012 — Life-Stages
References: society6 & urhajos.tumblr
Share on Facebook Share on Twitter Share on LinkedIn Share on Pinterest
These Zach Terrell illustrations are whimsical and usually smile-inducing, but more importantly, they’re inspirational. Often using stars as a motif, viewers are treated to images of cutesy cartoons as well as the night sky. Since most of Terrell’s renderings appeal to younger demographics, it has the potential to spark children’s interest in outer space. Giving children the fuel needed to pursue a life studying the galaxy is something not every artist can claim, and it makes Terrell’s work that much more special.

Visually speaking, Zach Terrell’s inclusion of star clusters infuses life into silhouettes of objects that would normally be depicted blandly in plain black. They're simple, but imaginative images and sometimes, people just want to stare at art that warms the heart and tickles the mind.
3.5
Score
Popularity
Activity
Freshness
Get Trend Hunter Dashboard