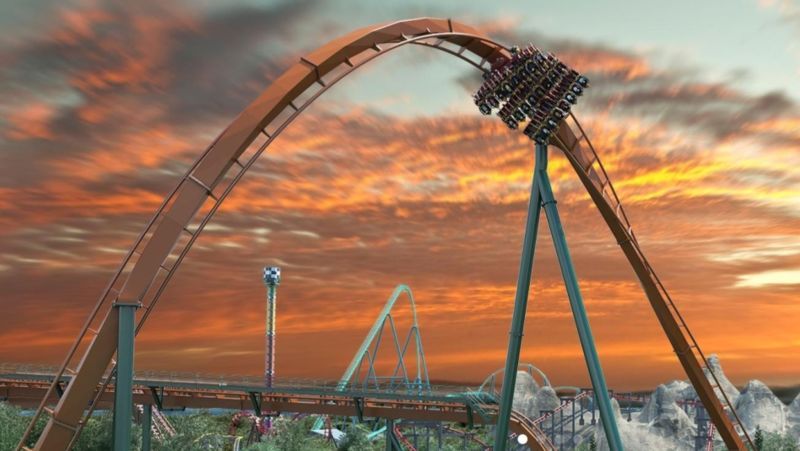 Those brave enough to ride the Yukon Striker will experience huge climbs, as well as a "a 90-degree, 75-metre drop into an underwater tunnel."