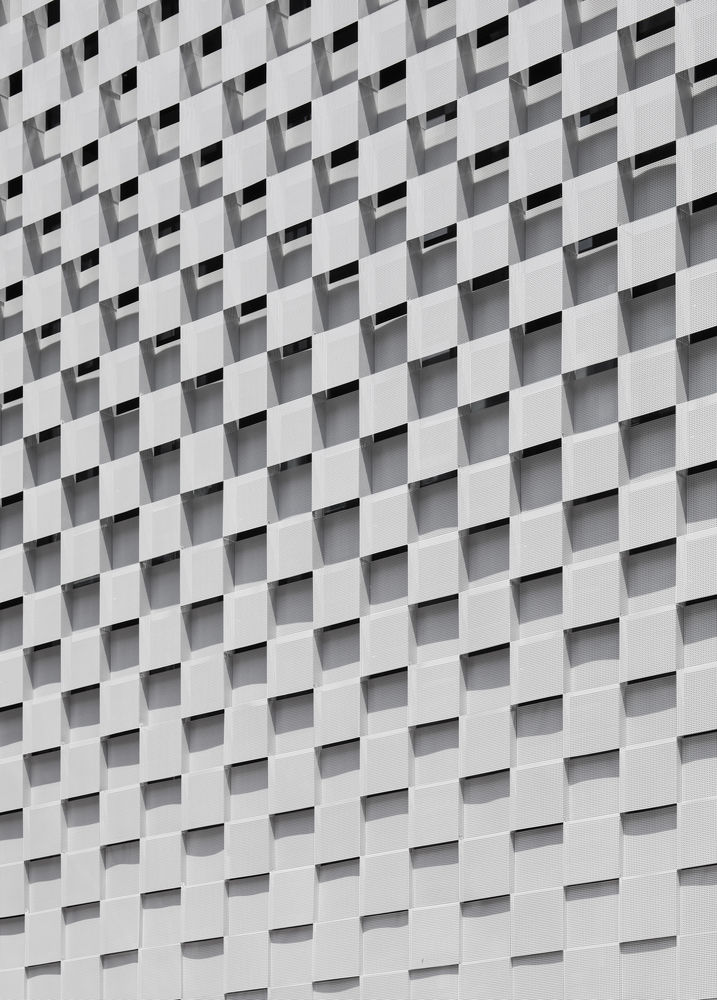 Joey Haar — July 20, 2017 — Art & Design
References: archdaily
Share on Facebook Share on Twitter Share on LinkedIn Share on Pinterest
Partial reveals are alluring — they're the reason that tease campaigns work so well when marketing a product — and the design of XYZ Formula, a retail space in Seoul, South Korea, makes excellent use of the concept. The building's facade looks like a gentle, grid-like gradation from black to white during the day, but at night the facade reveals its true nature as a see-through, permeable membrane.

The facade of XYZ Formula is built out of punching plates, which are metal squares with small perforations across their entire surface. Because those holes are so small, the plates effectively look opaque during the day (since the light coming from outdoors is so much brighter than any light being emitted from inside.) However, during the nighttime, the indoor lights shine through the holes, showing off the inside like a light passing through a veil.
2.9
Score
Popularity
Activity
Freshness
Jeremy Gutsche Keynote Speaker