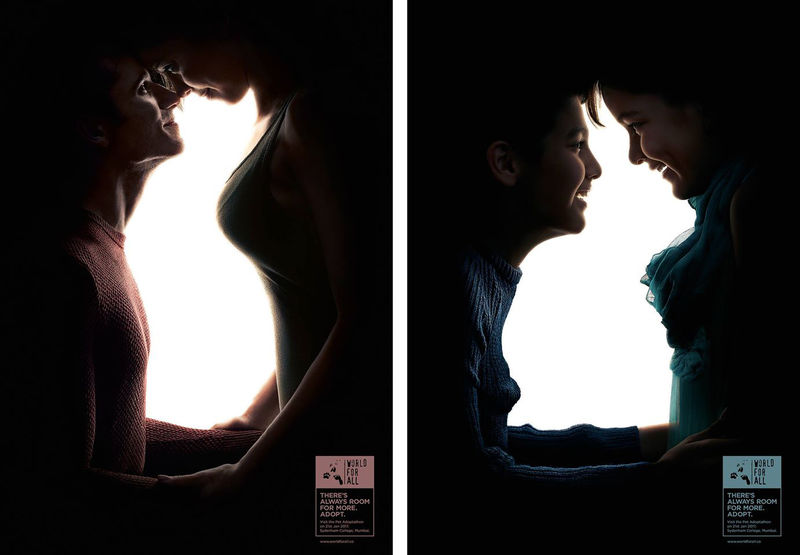 The World For All Series Sends a Message with Optical Illusions

The NGO seeks to encourage families to adopt animals with its photography-based campaign that features optical illusions in order to get its message across. There are three different ads in the campaign, all of which feature couples who are embracing one another. In the space between each couple, the photographs reveal silhouettes of animals to drive home World For All's message. These animals include a silhouette of a rabbit, a cat, and a dog.

World For All's distinct, optical illusion-based campaign works to capture the attention of families who may not have previously considered adopting.
7.1
Score
Popularity
Activity
Freshness