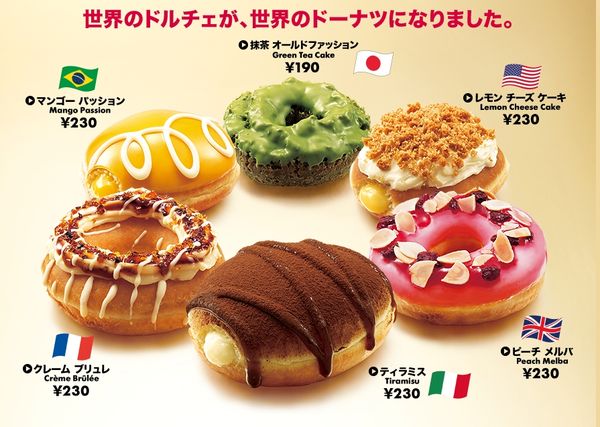 Laura McQuarrie — May 26, 2014 — Lifestyle
References: fansided & brandeating
Share on Facebook Share on Twitter Share on LinkedIn Share on Pinterest
Things may be gearing up in Brazil for the FIFA World Cup, but the same can be said for many other countries that are eager to see their teams perform well—among one of these excited countries is Japan, where Krispy Kreme is releasing a World Cup dessert collection of donuts.

Japan's donut isn't exactly anything new for Krispy Kreme, since the included Dolce Cup donut is just one of its Matcha Old Fashioned donuts. However, some of the new additions people can expect to enjoy this summer include flavors like Mango Passion, Creme Brulee, Tiramisu, Peach Melba and Lemon Cheesecake.
4.3
Score
Popularity
Activity
Freshness
Get Better and Faster