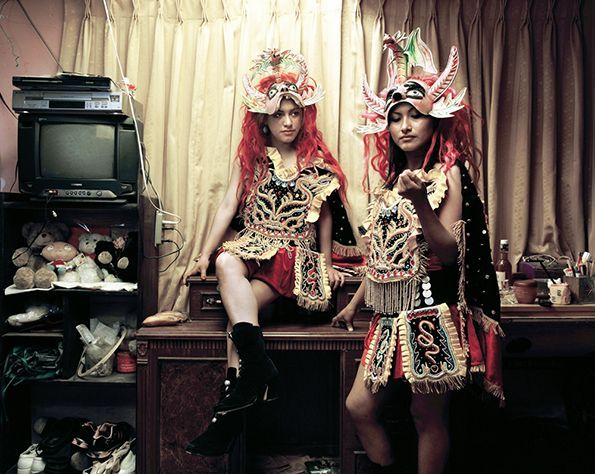 The pair traveled to the Altiplano region of Bolivia, where they encountered a bevy of spiritual healers, medicine men and witch doctors; the stuff that fables and folklore are made of. The two were exposed to various rites and rituals associated with these ancient practices.

The most interesting aspect of the project is the way that Rousset and Verona juxtapose the ancient rituals with elements of modernity. For instance, one shot features a witch doctor, complete in ceremonial dress, carrying a cell phone. Another image features two women in costume sitting next to a television and VCR. The result is a series that feels the strain of two very different worlds as they co-exist in the same image.