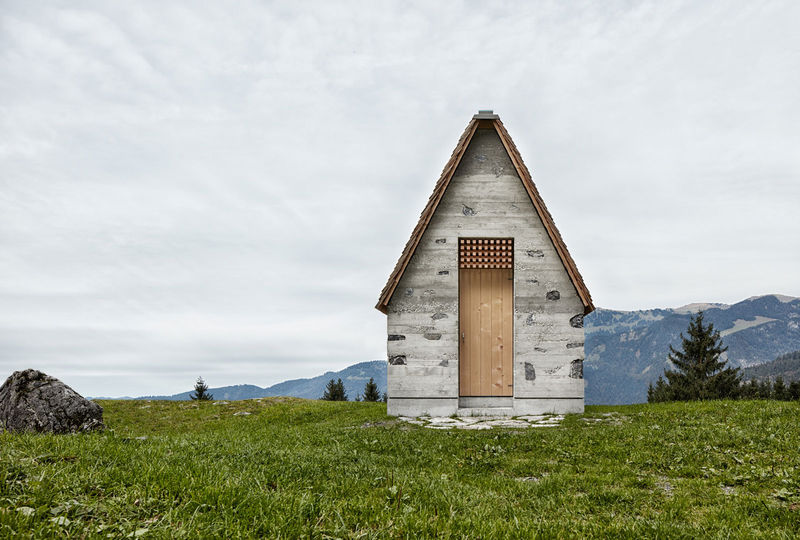 The Wirmboden Chapel is a Statement on the Collective Spirit

Joey Haar — June 29, 2017 — Art & Design
References: archdaily
Share on Facebook Share on Twitter Share on LinkedIn Share on Pinterest
Wirmboden is a tiny farming collective in Western Austria, and the recently rebuilt Wirmboden chapel show the extent to which each of the voices in the small community have a say in the collective. The small chapel, which serves as a place for religious celebrations and ceremonies, was negotiated, planned, and eventually built by the members of the town with help from Innauer Matt Architects.

Wirmboden is an old collective that uses the traditional farming technique of transhumance, in which livestock graze on mountain pastures in the warm months and move down to the lower pastures for the winter. This means that the farmers live in two village collectives, migrating seasonally with their animals. When an avalanche destroyed the former Wirmboden chapel in the mountain pasture village, the collective of farmers banded together to design a new chapel that stands as a testament to collectivity and compromise.
2.4
Score
Popularity
Activity
Freshness
Attend Future Festival