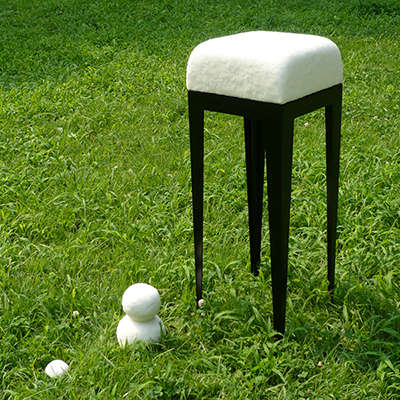 'Winter Memories' consists of a small snowball, which serves as a paperweight that will not leave water stains on paper, a snowman that can hold objects where its arms would go and a snow-topped stool that looks like it was left out in the elements for a long period of time.

The objects are made from a mixture of salt crystals and epoxy resin, although it has an entirely convincing snow-like appearance. Koizumi has managed to replicate one of the most fun winter activities without the cold.