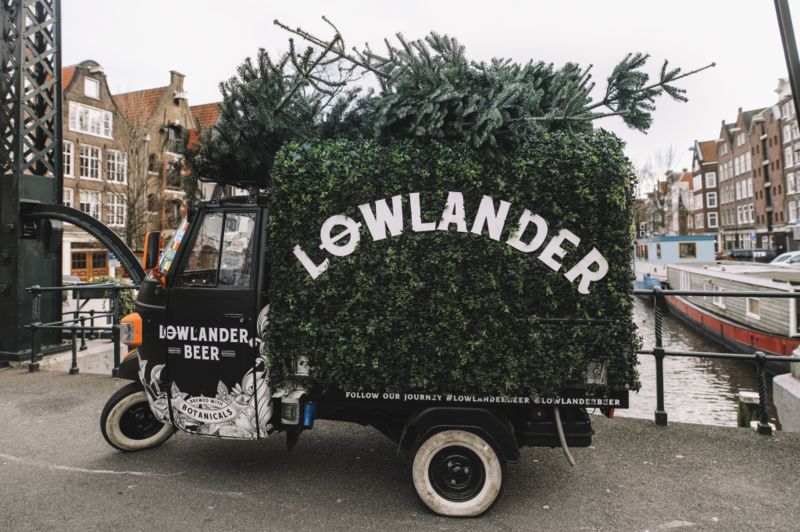 Lowlander is Reusing Christmas Trees to Create a Winter IPA

Laura McQuarrie — January 4, 2019 — Eco
References: lowlander-beer & barmagazine
Share on Facebook Share on Twitter Share on LinkedIn Share on Pinterest
After all of the Christmas festivities are over, many people are quick to pack up the decorations and put their Christmas tree to the curb—but this year, Netherlands botanical brewery Lowlander Beer is urging people to participate in its zero-waste campaign to create a 2019 Winter IPA from recycled Christmas trees.

Lowlander began collecting unwanted Christmas trees as of January 2nd from consumers, bars and restaurants, so that the needles can be preserved to make beer.

As part of the Tree to Table crowdfunding campaign, Lowlander will be inviting experts in the community to participate in creating cheeses, smoking chips and other delights that will ultimately be incorporated into the Tree to Table pop-up dinner series. Additionally, a Winter IPA gift set will be available for purchase, featuring the beer brewed with spruce needles and juniper berries.
4.8
Score
Popularity
Activity
Freshness
Attend Future Festival Virtual